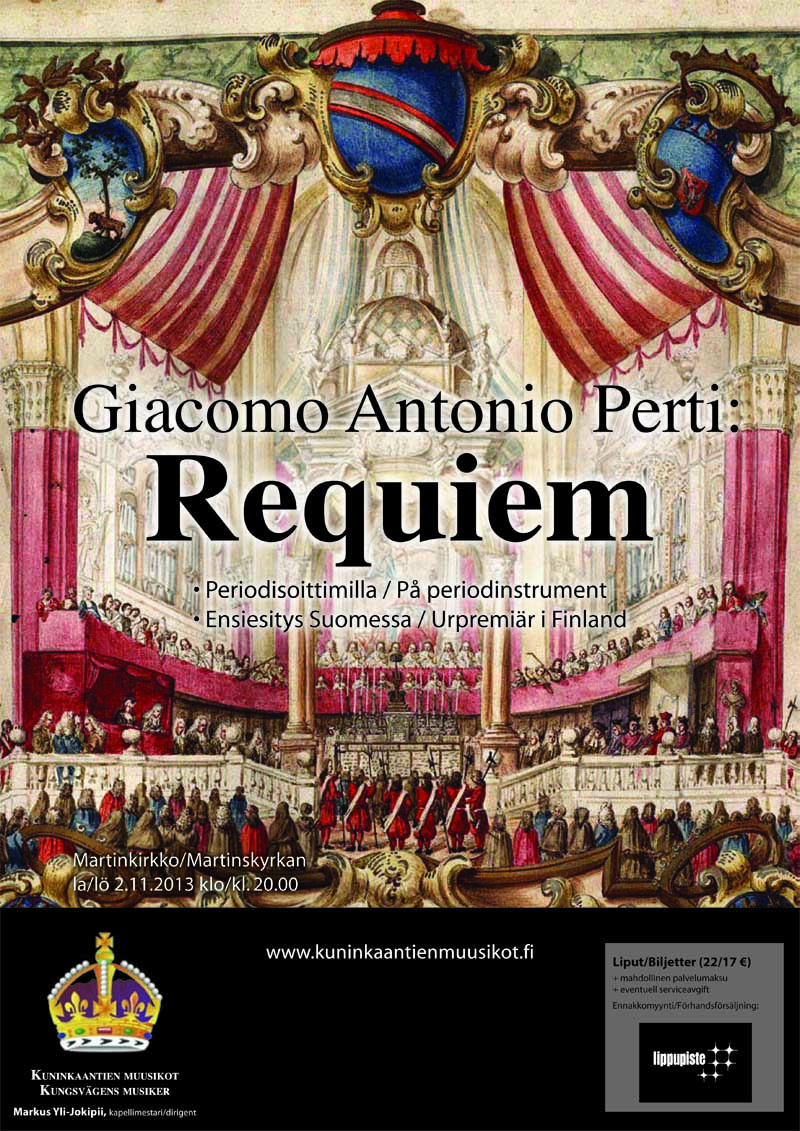 Mass for the dead on All Saints’ Day

Giacomo Antonio Perti was an Italian composer of the Baroque period and maestro di cappella of San Petronio, the monumental basilica in Bologna. He held the post for an unprecedented 60 years and became the greatest name of the Bologna school.

Giacomo Antonio Perti’s Requiem might have been performed during the composer’s lifetime, although no indication of any performance has been found. The surviving manuscript is an old copy, and no conclusions regarding performances can be drawn based on it, either. It is therefore quite likely that the performance of the work in Finland is at the same time its first performance in modern times.

The concert will be conducted by Michele Vannelli who is the current maestro di cappella of the basilica of San Petronio and the direct successor of Giacomo Antonio Perti.

Ticket sales on the door starts at 7 p.m.