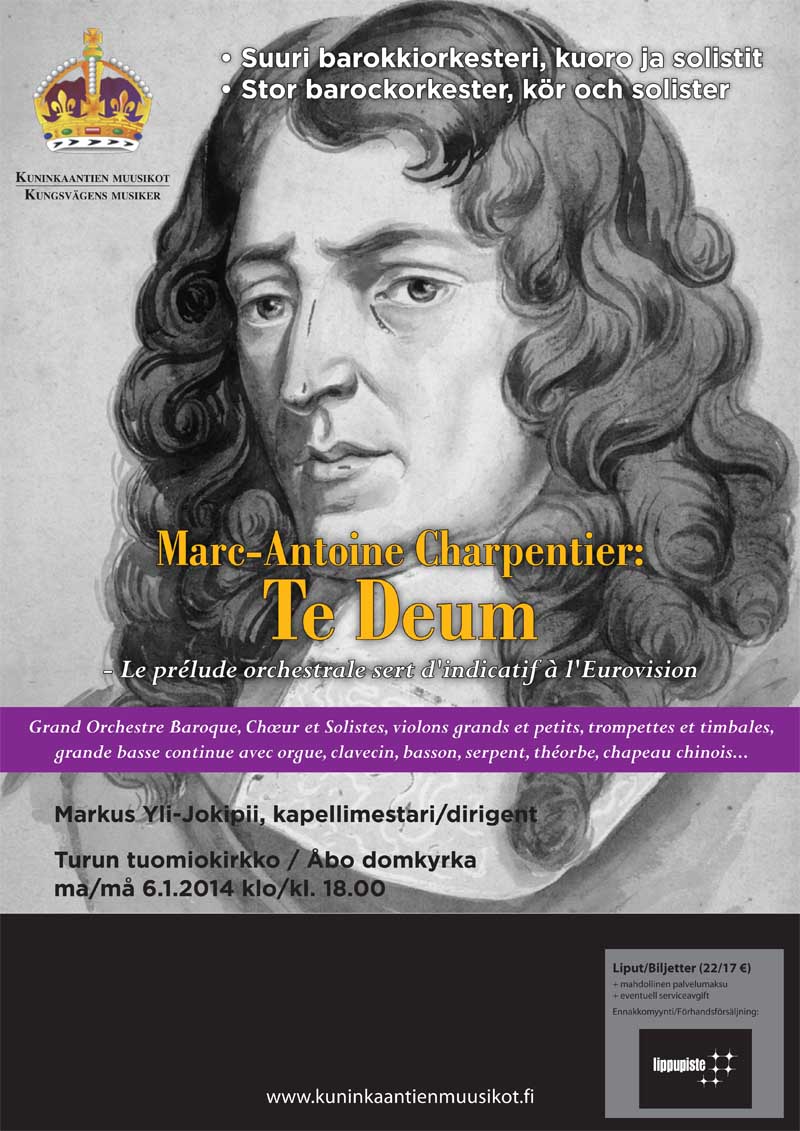 Messe de Minuit pour Nöel (Midnight Mass at Christmas) is perhaps not the most profound of Charpentier’s many masses, but it is without question the most charming, especially since most of its music is based on French Christmas carols.

The Te Deum by Charpentier has become known especially for its first movement, Prélude, as it is the signature tune of the European Broadcasting Union. The composition is now performed for the first time in Turku by an ensemble that includes rare period instruments, such as the serpent. Before the concert, at 5 p.m., the French serpent player will give a presentation of the instrument in the Tarkk’ampuja Chapel.

Another instrument that has not been heard before in Finland and that will now be in the orchestra is the “Chinese hat”.

The concert attracted great interest and, unfortunately, not all listeners could enter the church. We are sorry for those who were refused entry to the church at the door.