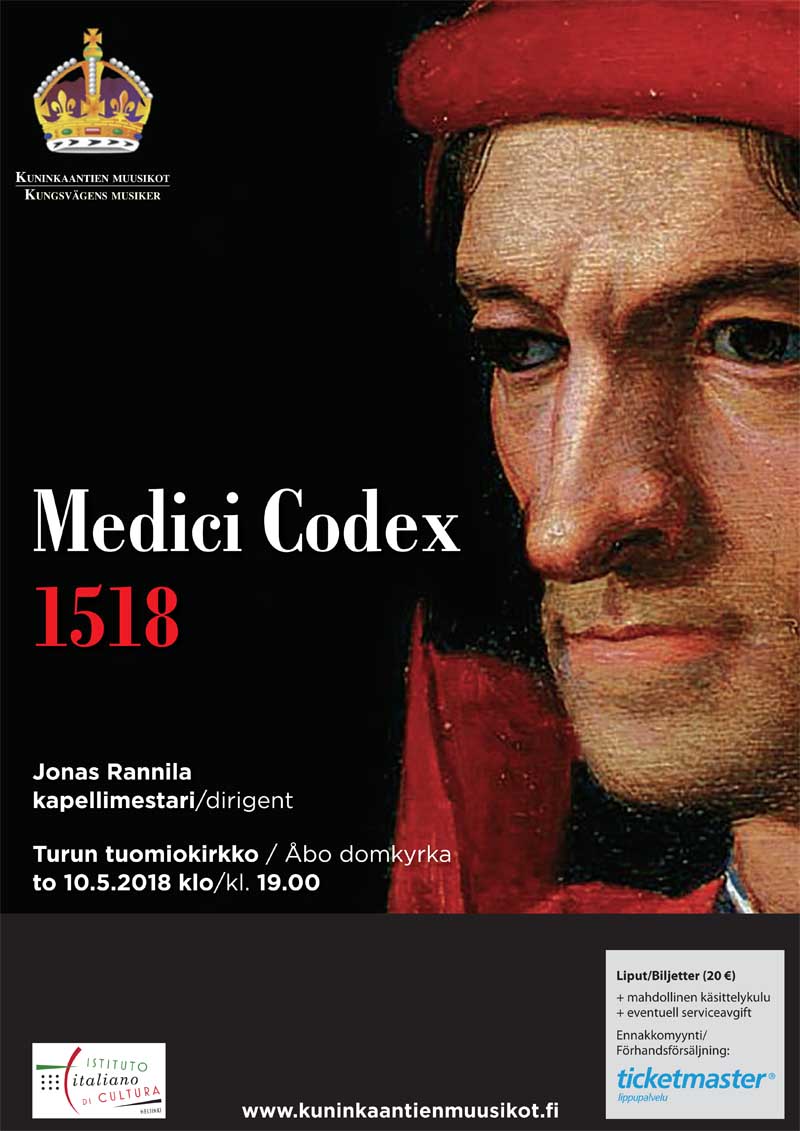 “Celebrating the 500 years anniversary of the Medici Codex”

The House of Medici is one of the most famous families in the world. Its history runs as far back as the 13th century, and it has i.a. produced three popes. The Medicis are especially known for being a banking family, but they were also active supporters of the arts, literature and architecture. The Medici art collection forms the core of the Uffizi museum in Florence.

In May in 1518, 500 years ago, a wedding gift for Lorenzo de’ Medici and his future spouse Madeleine de La Tour d’Auvergne was presented by pope Leo X. The gift is called the Medici Codex and it includes the musical pearl of renaissance music.

Surprise guest: a member of the Medici family will be present at the concert.