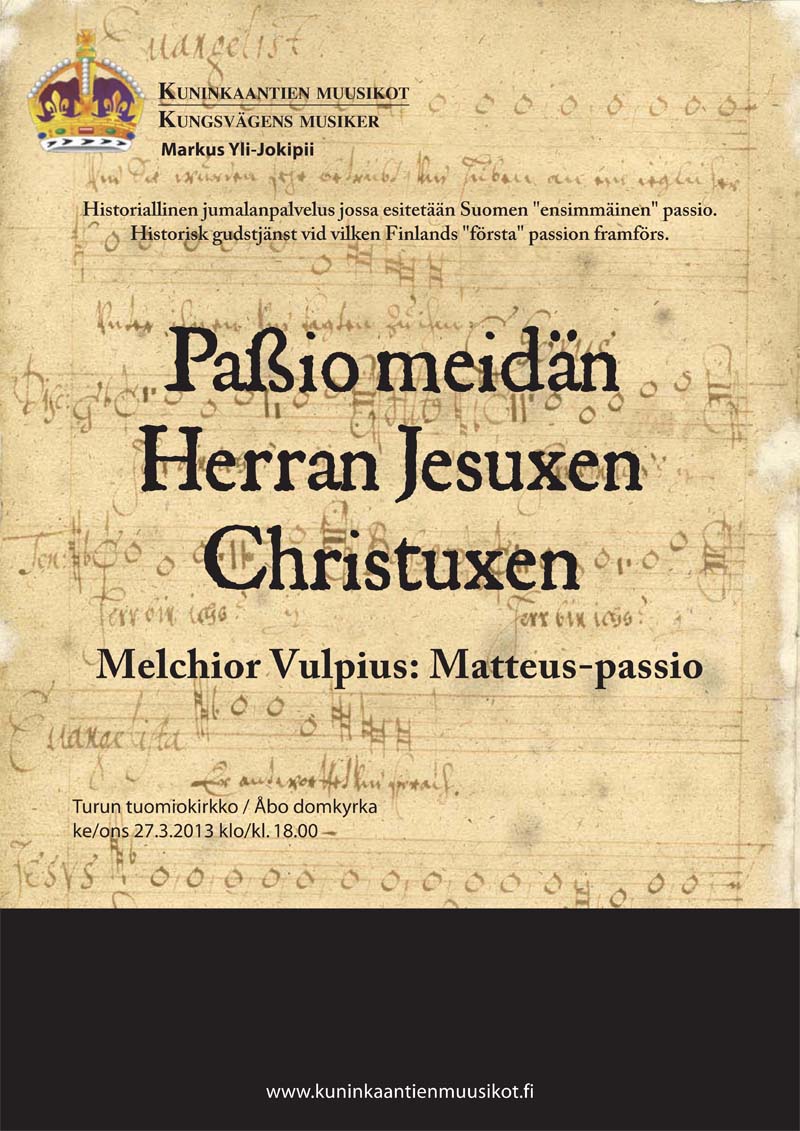 Musicians of the King’s Road a cappella
Markus Yli-Jokipii, conductor

Revival of the first passion performance in Finland

In 1613, in Erfurt, Germany, a St Matthew Passion, composed by the local church musician Melchior Vulpius, was published. During the next decades the music spread also to the Nordic countries and it thus became the fountainhead of the passion tradition in Finland.

Based on early historical documents it can be said that the passion that was performed in a worship service in Turku Cathedral in 1672 was this work.

The Passion and its historical background in Turku have inspired the Musicians of the King’s Road to offer the public the opportunity to hear this interesting piece in the year of its 400th anniversary.

The vesper was recorded by: