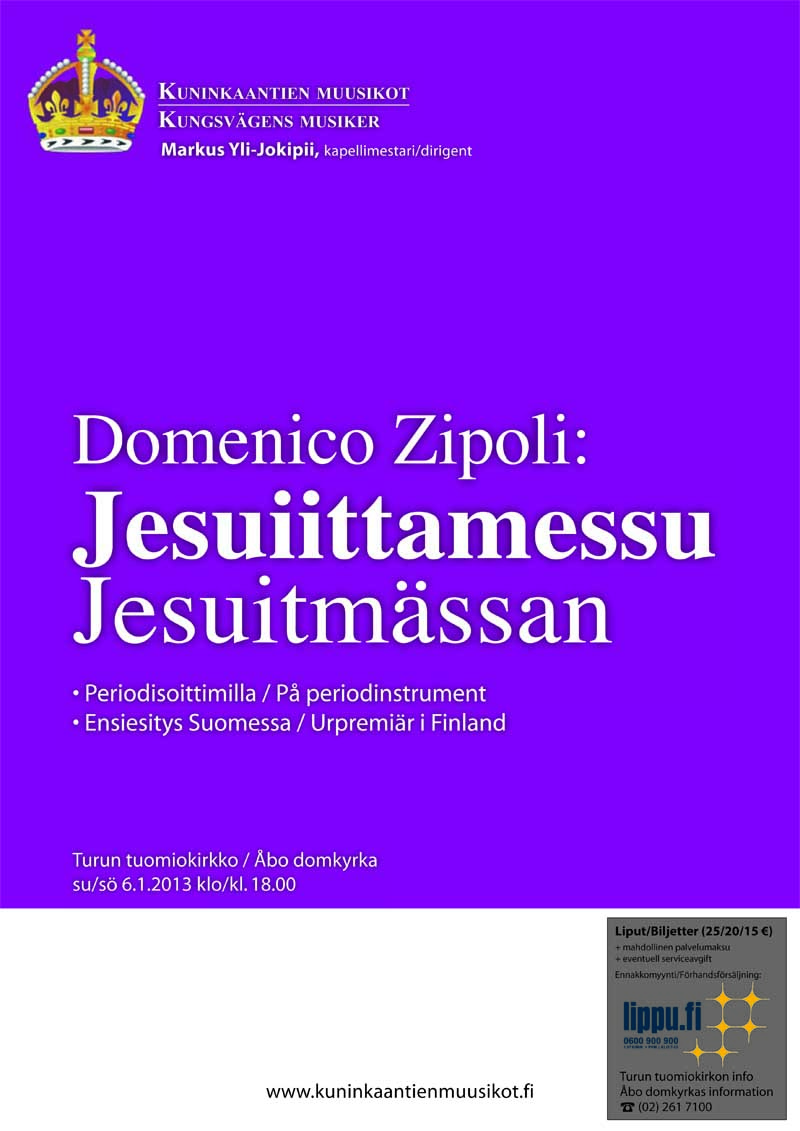 The concert is dedicated to Domenico Zipoli, the Baroque composer who died in South America.

Baroque Mass from the heart of the jungle

In 1717, an Italian baroque composer travelled across the southern Atlantic Ocean towards an almost unknown destination. In the middle of the South American jungle he created dozens of compositions, but later they disappeared. Only in the 1970s, when restoring a Bolivian church, were a large number of manuscripts found. Among these was the Mass that will be performed in Turku Cathedral on Epiphany 2013.